Save these Souls with SOS 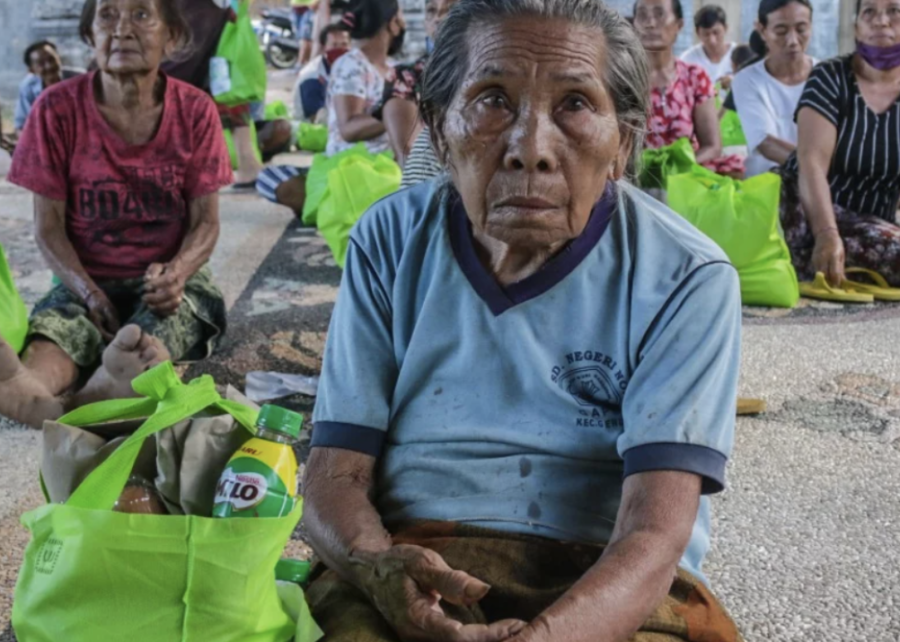 Save these Souls with SOS

5200 meals!!! That’s the number of meals the ‘Scholars of Sustenance’ School Food drive run by students at the Australian International School donated last week to those struggling in Bali.

What an amazing effort!

That’s 5200 meals that went directly to the hands of struggling children, the elderly, disabled families and those affected by the current food deficit crisis in Bali right now.

But there’s more, this month the kids and their families at Umalas Kids Club raised 200kg (YES, two hundred kilos!) of food ingredients to donate directly to the SOS Rescue kitchen – which were then produced into even more healthy meals for those struggling. 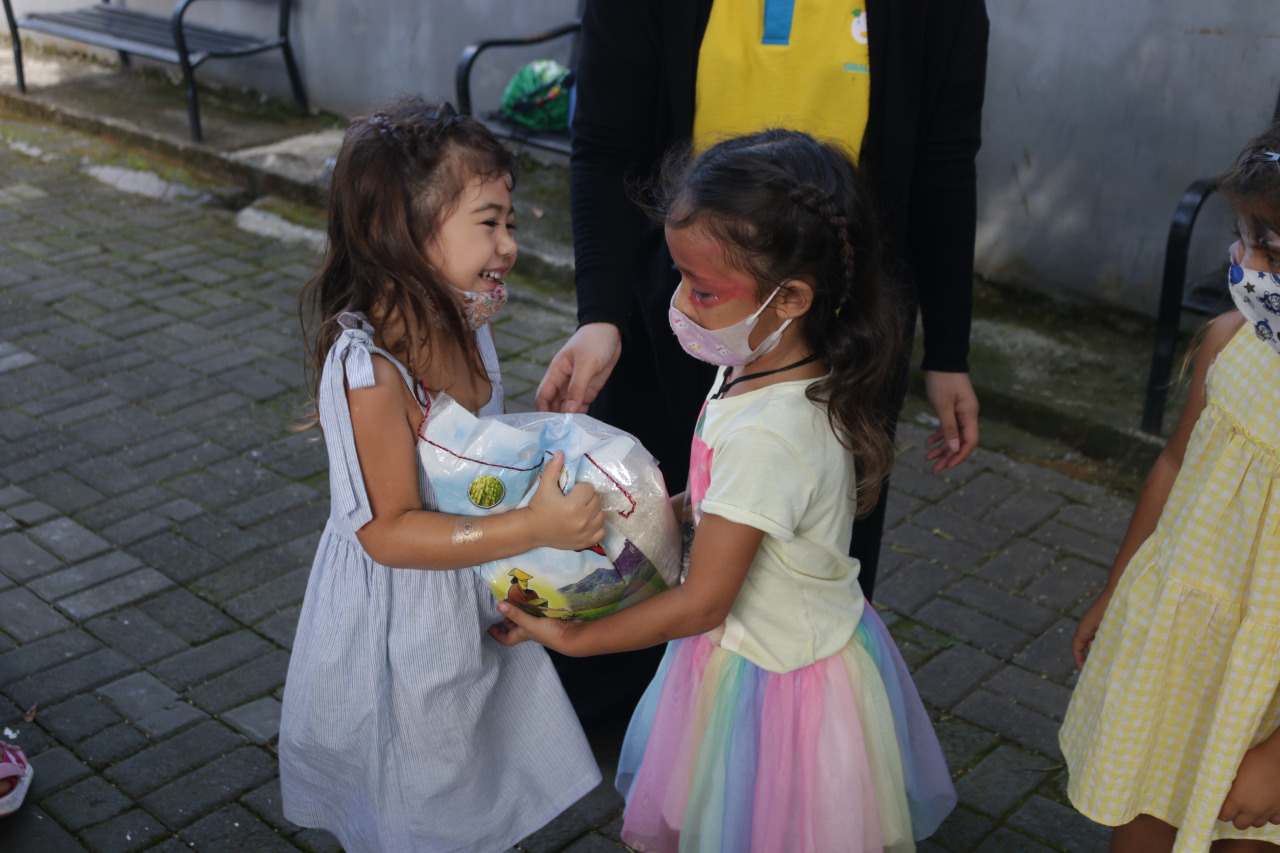 While you might read about airports opening, possible green travel zones and countries starting to introduce less restrictions around travelling, it can be easy to forget that in these beautiful destinations there is still suffering on a really big scale.

In Bali alone, millions of workers are still without jobs – jobs that rely heavily on tourism, and for many families it is getting harder and harder to put food on the table.

This is where the beautiful souls at ‘Scholars of Sustenance’ are really making a difference.

In the clip below Director Naomi talks about how we first became involved with SOS through their ‘Bali Strong Community Fridge Program’.

Our Store Manager Georgina also went along to help in the SOS Rescue Kitchen.  “Being involved is so much fun and for me it’s a personal reminder that you can make a difference even without donating money, our actions also have a big impact. It was amazing to see all kinds of people from the community, locals, foreigners, kids and adults working together with the same motivation – to help make a difference”.  – Georgina. 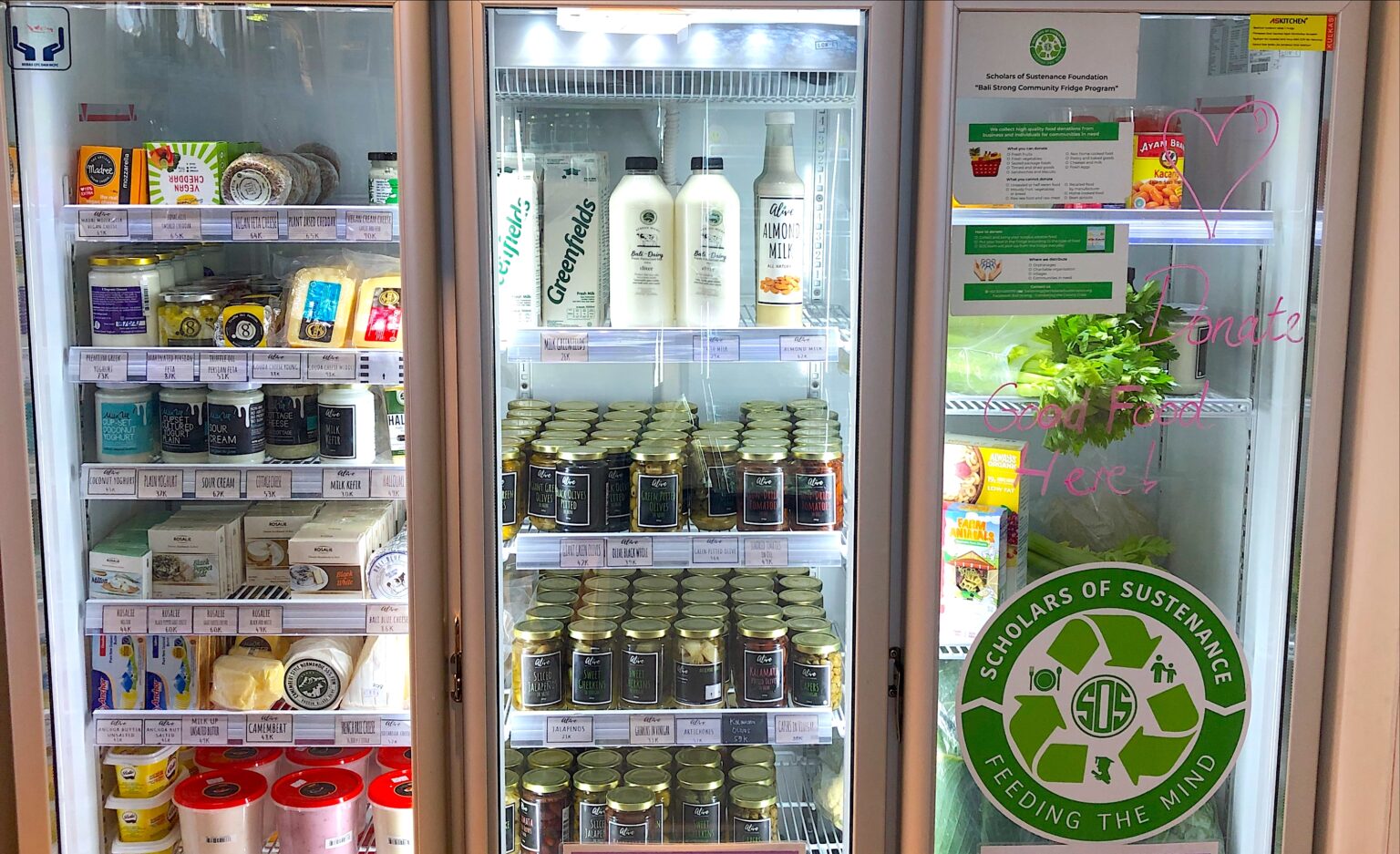 A bit about ‘Scholars of Sustenance’

SOS was born in 2012 when Founder and CEO Bo H. Holmgreen noticed on his travels the shameful amounts of food going to waste, particularly from hotels and assuming (as many of us probably do) that this food surplus would simply be given to those who need it at the end of the day or the staff would eat it or take it home to family.

He learned that it wasn’t that simple, this food ended up in the trash and it became his mission to rescue food in third-world countries where cost and infra-structure would allow it.

Fast forward to 2014 when non-profit status for a food rescue mission was achieved  and the foundation was able to kick-off in Thailand. Two years later in 2016 the Bali branch was created.

They have since produced more than 4.75 million meals – an incredible feat – and they aren’t stopping at that.

A bonus fact – this would have equated to 1,647 tons worth of food surplus going to landfills. This fact alone is astounding!

In 2020 alone they produced over 1.5 million meals. To celebrate this achievement they kicked off a community initiative  “The Year of Giving” . This gives partners (like us!) a chance to be involved with the “giving of nutritious foods” on all levels.

We are so proud to be a sponsor of their School Food Drive initiative as well as a partner in the  “The Year of Giving” through the community fridge program.

“There are still so many people who need our help daily to feed themselves and their families. Do not be blinded by the beauty of the paradise that is Bali Island, there are so many people living in poverty. A little donation goes a long way and a good meal of ‘nasi bunkus’ means they will get a good night sleep.” – Alive store manger Georgina

How can you help?

You might have noticed the donation fridge in our Umalas store. This is where the magic happens.

You can also donate dried goods over at our Canggu store using the box just outside our front door.

Items you donate – go directly to those in need through SOS.

Scholars of Sustenance welcome volunteers with open arms and are forever grateful to everyone who donates their time, love or money to address the food deficit crisis in Bali. They are also doing super cool things to address issues like recycling – head over to their Instagram to have a look.

If you’re not in Bali but would really like to help we have a donation link here.

THANK YOU Alive Community – for helping us to support Scholars of Sustenance wherever we can, we appreciate every one of you!

This website uses cookies to improve your experience while you navigate through the website. Out of these, the cookies that are categorized as necessary are stored on your browser as they are essential for the working of basic functionalities of the website. We also use third-party cookies that help us analyze and understand how you use this website. These cookies will be stored in your browser only with your consent. You also have the option to opt-out of these cookies. But opting out of some of these cookies may affect your browsing experience.
Necessary Always Enabled
Necessary cookies are absolutely essential for the website to function properly. These cookies ensure basic functionalities and security features of the website, anonymously.
Functional
Functional cookies help to perform certain functionalities like sharing the content of the website on social media platforms, collect feedbacks, and other third-party features.
Performance
Performance cookies are used to understand and analyze the key performance indexes of the website which helps in delivering a better user experience for the visitors.
Analytics
Analytical cookies are used to understand how visitors interact with the website. These cookies help provide information on metrics the number of visitors, bounce rate, traffic source, etc.
Advertisement
Advertisement cookies are used to provide visitors with relevant ads and marketing campaigns. These cookies track visitors across websites and collect information to provide customized ads.
Others
Other uncategorized cookies are those that are being analyzed and have not been classified into a category as yet.
SAVE & ACCEPT